Pathology and precision medicine: how research has transformed brain tumour diagnostics for children 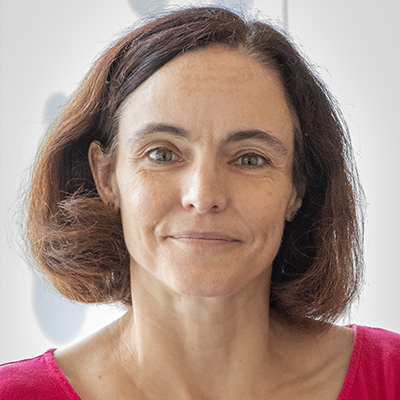 “Pathology is the ultimate precision medicine. We look under the microscope, layering on the protein data, RNA data, DNA data, until we can give the most accurate diagnosis and determine the therapeutic approach,” says Dr. Cynthia Hawkins.

Diagnosing brain tumours in children at the Hospital for Sick Children in Toronto (SickKids) has transformed in the last decade thanks to this precision approach and clinical assays that benefit children across Canada and the world.

At the forefront of these advances in diagnostics, Dr. Hawkins, Professor in Laboratory Medicine & Pathobiology (LMP) in the Temerty Faculty of Medicine, is a neuropathologist-scientist at SickKids with a clinical practice focused on pediatric neuropathology and a laboratory devoted exclusively to pediatric brain tumor research. She is also this year’s recipient of the Richard G. Hegele Award for Excellence in Research and Innovation in LMP.

Dr. Hawkins specializes in a specific cancer of the brain stem called Diffuse intrinsic pontine glioma (DIPG) which is aggressive, inoperable and has no known therapy to date. Through an autopsy-based tissue collection program, her team has conducted genetic analysis on a large number of samples to determine the mutations present in the tumours.

“These tumours are different from adult tumours. They look similar under the microscope, but behave in a very different way, so we’re trying to understand that”, explains Hawkins. “It's critical to understand the biology of these tumours in order to develop novel therapies, which are greatly lacking”.

The Hawkins lab uses a range of approaches in their studies, such as genetics, epigenetics, tissue culture models, drug screening, and animal models with the goal of informing clinical trials and novel diagnostics.

“A lot of the work I did very early on in my career was looking at prognostic markers in different types of brain tumours,” explains Hawkins, “I developed those markers into actual clinical tests we could use on patients. In the beginning it was immunohistochemistry based but has now expanded into genetics as we have developed the technology.”

One benefit of their approach is increased precision in prognosis and treatment selection.

One of the first genetic tests developed was to identify four subgroups of a type of pediatric brain tumour called medulloblastoma, based on pioneering work by Dr. Michael Taylor, Professor in the departments of Surgery and LMP at the University of Toronto and part of the brain tumour research group at SickKids. Since then, Dr. Hawkins and her collaborators have produced a large range of assays that use surgical biopsies and a variety of methods and platforms, such as NanoString, and targeted RNA sequencing. The molecular test menu at SickKids has increased from 15 targets to over 1,500 using these methodologies.

One aspect important to Dr. Hawkins was to keep costs of the tests as low as possible to ensure they were accessible. Establishing neuro-oncology monthly rounds that include international partners from countries such as Brazil, Jordan, Pakistan and the Ukraine, to name a few, means that children across the world are benefitting from these developments.

80 – 90% of the brain tumours at SickKids are diagnosed with the assays developed by Dr. Hawkins and her team The neuropathology team saw almost 900 brain tumours in the last two years from across the world.

The next step for Dr. Hawkins is to develop liquid biopsy testing. For brain cancers that do not have a surgical element to their therapy, it means less invasive means to get the samples needed for testing.

“For tumors like brainstem glioma, this is going to be a huge game changer,” says Hawkins. “For any tumour that arises in the middle of the brain, surgery is not therapeutic. If we can develop a robust assay using cerebral spinal fluid, then those patients will be spared having brain surgery.”

Most of the testing at the moment looks at DNA mutations, but DNA alterations are not the only drivers to tumour formation. Dr. Hawkins’ team is now looking at other assays that will look at proteins and RNA in the cell, “This will give us an idea of what pathways are activated in the tumor, beyond what we might have been predicted based on the DNA mutations. This will help us go to the next level for precision medicine and help choose more efficient targeted therapies.”

“As a pathologist, I don’t see the patients and deliver their therapies, or see them get better. I make the diagnosis and recommend the best therapy. For me, bringing that latest diagnostic, prognostic, and predictive information into the clinical space where we could then really apply it to patients is the big motivation for the job. Knowing it makes a difference and that the kids are getting the best therapy they can get is hugely rewarding.”